Get weekly Wacky Delly updates straight to your inbox 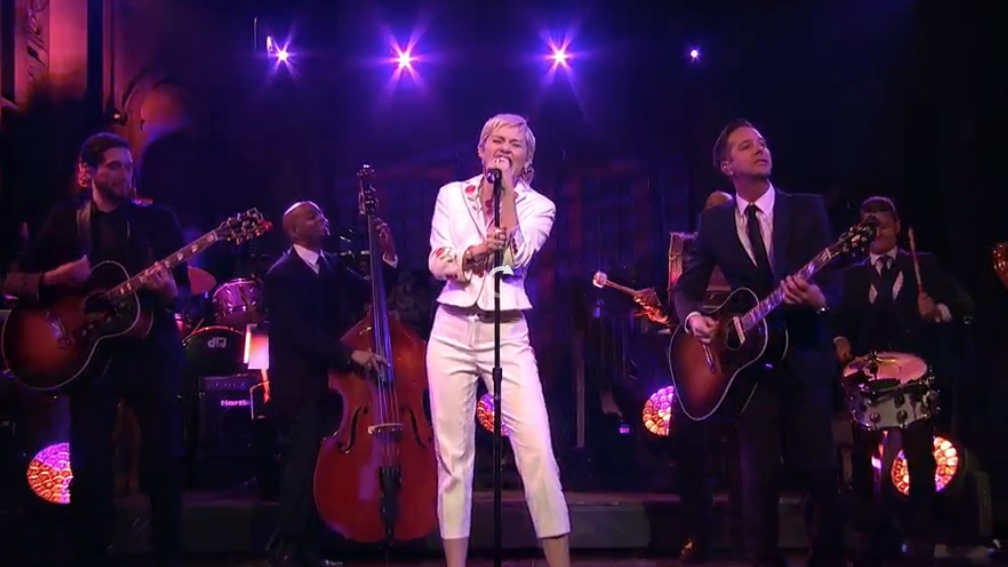 Miley Cyrus’s musical and literal roots are in country/rock music (ahem, godmother Dolly Parton and dad Billy Rae Cyrus), so it wasn’t much of a surprise to see her cover Paul Simon’s “50 Ways to Leave Your Lover” during SNL‘s 40th anniversary special this weekend. But the degree to which she killed it, displaying an authenticity that’s usually missing from her pop performances, reminded us of one thing: this is the kind of music she should be making.

Miley hasn’t exactly shied away from the country thing, but it’s been a few years since she’s really committed to it; there was a time not so long ago where she showed up to country music awards and even performed at them. Cyrus considered Bangerz an album that mashed up hip-hop and country sounds, but though those not in the know might not realize that Miley’s been trying to mashup those genres since her Hannah Montana: The Movie Days. Now more than ever it seems highly probable that in the near future, she’ll go back to the music she was dabbling in around the time Hannah Montana was still a thing – less poppy, more this song she did with her dad. (Okay, not quite “Butterfly Fly Away,” as it is treacly garbage, but her voice, even at that young age, had a quality that’s really quite nice—gravely but with range.) That wouldn’t be the pair’s only collaboration; their song “Ready, Set, Don’t Go” made it on the country charts.

While musicians these days (Taylor Swift is the primary example) usually go from country to pop, not the other way around, to seek their fame and fortune, Mike Will has said Miley’s forthcoming album will sound “like country Lana Del Rey backed by a choir, except it’s Miley pouring her heart out.” Her “Backyard Sessions” are quite popular for this reason: she coveredMelanie Safka’s “Look What They’ve Done To My Song,” Parton’s “Jolene” and “Lilac Wine.”(The latter song was popularized more recently by Jeff Buckley, but was also famously recorded by Eartha Kitt and Nina Simone, who both took it in a jazzier direction.)